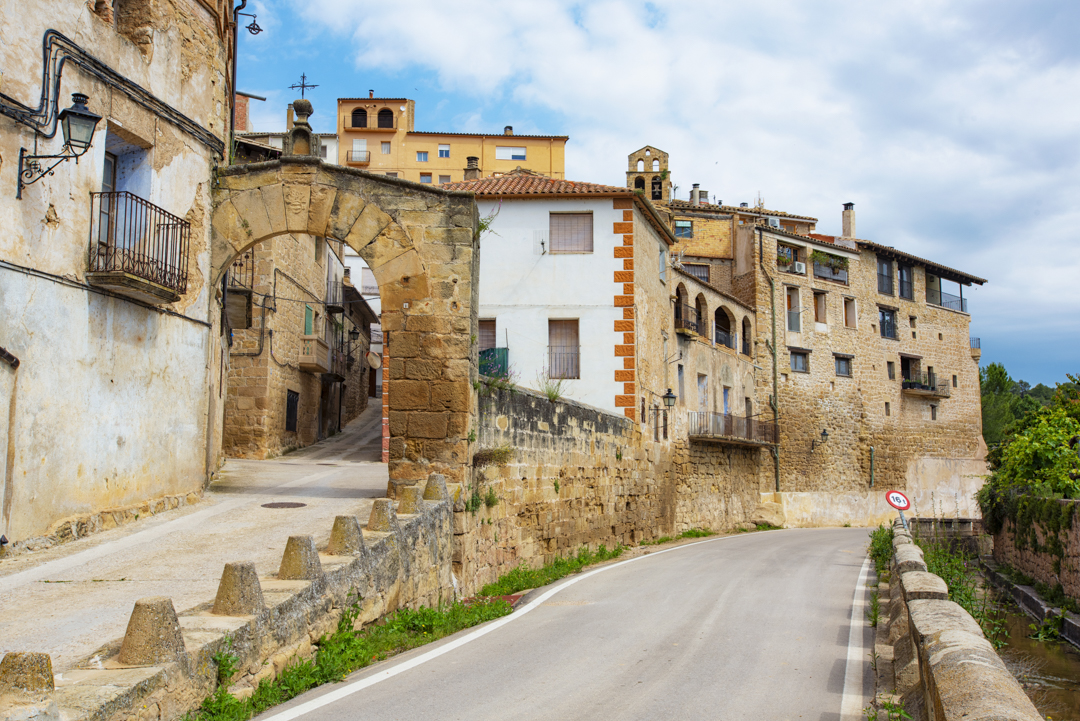 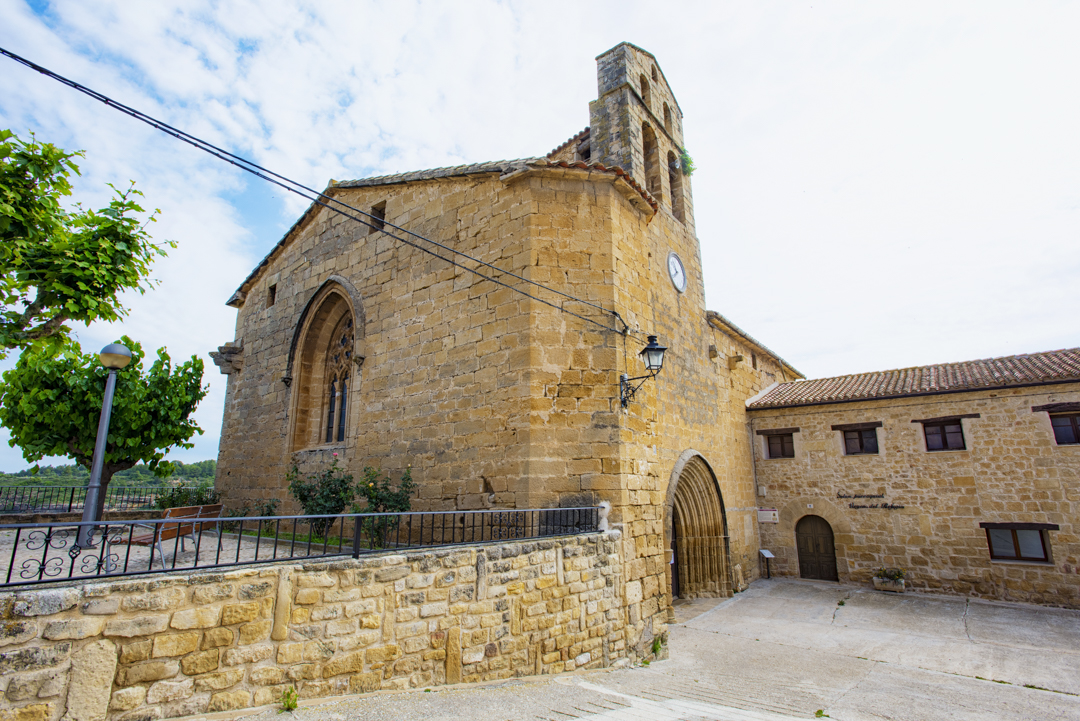 Arens de Lledó is a village located in the valley of the Algás or Algars river, the town is next to it and in our munipal boundary there are fields of vineyards, olive trees, almond trees and Mediterranean forest. It belongs to Matarraña or Matarranya region and to Teruel province, it is one of its easter towns, bordering with Catalonia and 207 kilometers far from Teruel.

In the lower part of the village, the “Portal de Baix” is preserved, it is a wall portal and old entrance to the village. Towards the outside, it is defined by a semicircular arch and intramurals. You can see a shield with the year 1788 in it.

Several streets emerge from the “Plaza Mayor” that allow you to go through the village. Several houses of considerable interest are conserved, among which “Casa de la Tía Soledad” stands out. It is located on “Calle del Medio”. As you get closer to the upper part of the town, and with one of its facades in the “Plaza de la Iglesia” are the remains of the old “Convento de San Francisco” built during the 16th century.

The category of “villa” was granted in 1785, before it belonged to the “Orden de Calatrava”. It has an altitude of 381 meters and an area of 34.3 square kilometers.

The City Hall or Town Hall building, completed in the 18th century, stands out for its constructive quality. It is a building of whitewashed masonry and stonework. It has two semicircular arches and another blind, perpendicular to the previous ones. Its cornice is made of stone slabs.

It is located in the “Plaza Mayor”, to access it you have to enter through the old portal of the wall, the “Portal de Baix”, a semicircular arch, in which there is a shield dated 1788 in which two fish are represented, symbol of the village evoking the Algás or Algars river whose waters bathe the shores of the town, finally we will pass through “Calle de la Herrería”, crossing a passageway or street – portal, which has a pointed arch on the outside and a lowered arch on the inside, its cover it is lintelled and made of wood.

On the ground floor there is a large hall, a warehouse and an office, on the first floor there is the municipal office, the Plenary Hall, a waiting room for visitors and a toilet. On the second floor is the Municipal Library with a great diversity of books for all types of public, in it is installed the “Telecentro de Internet Rural” with computers and Wi-Fi available to its users. 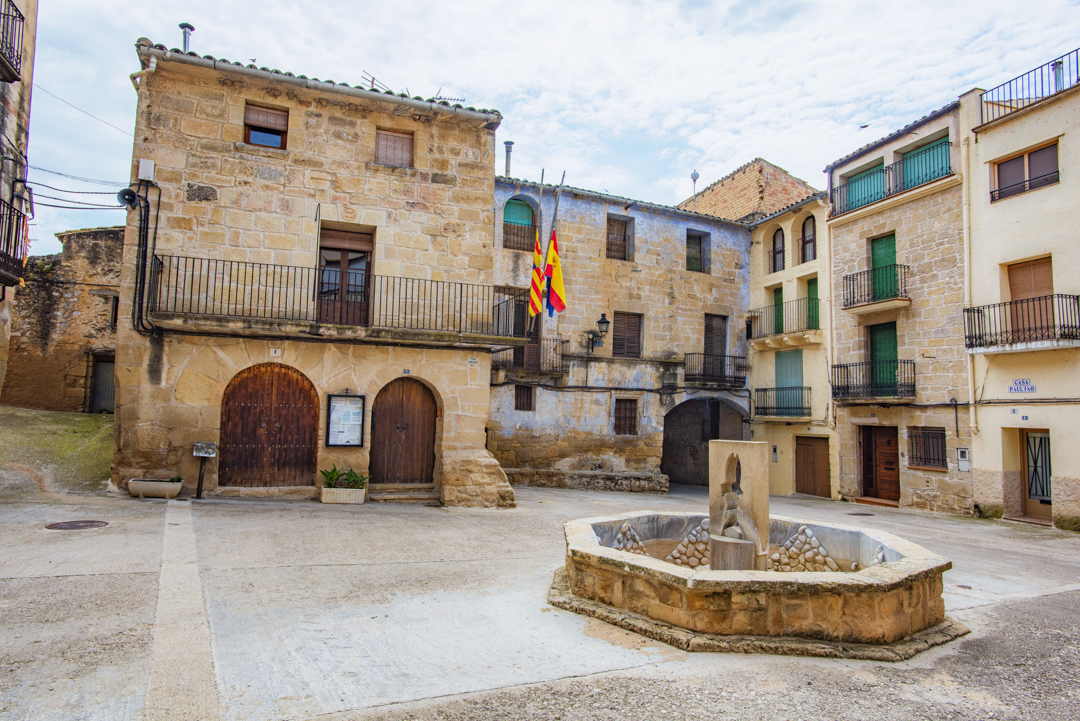 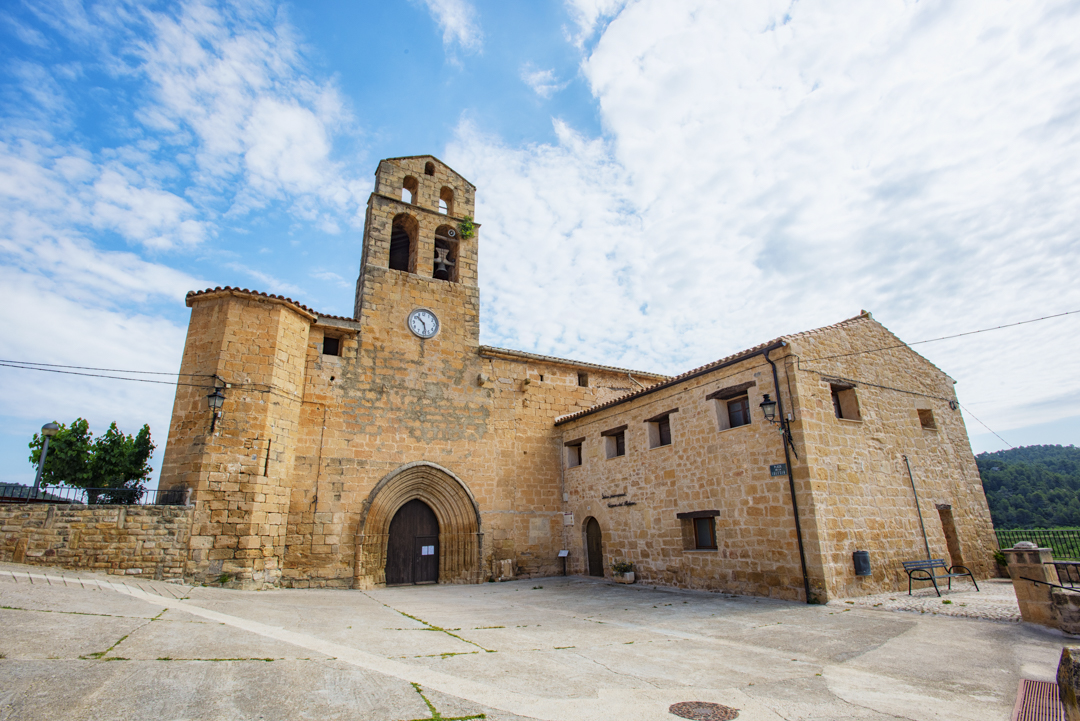 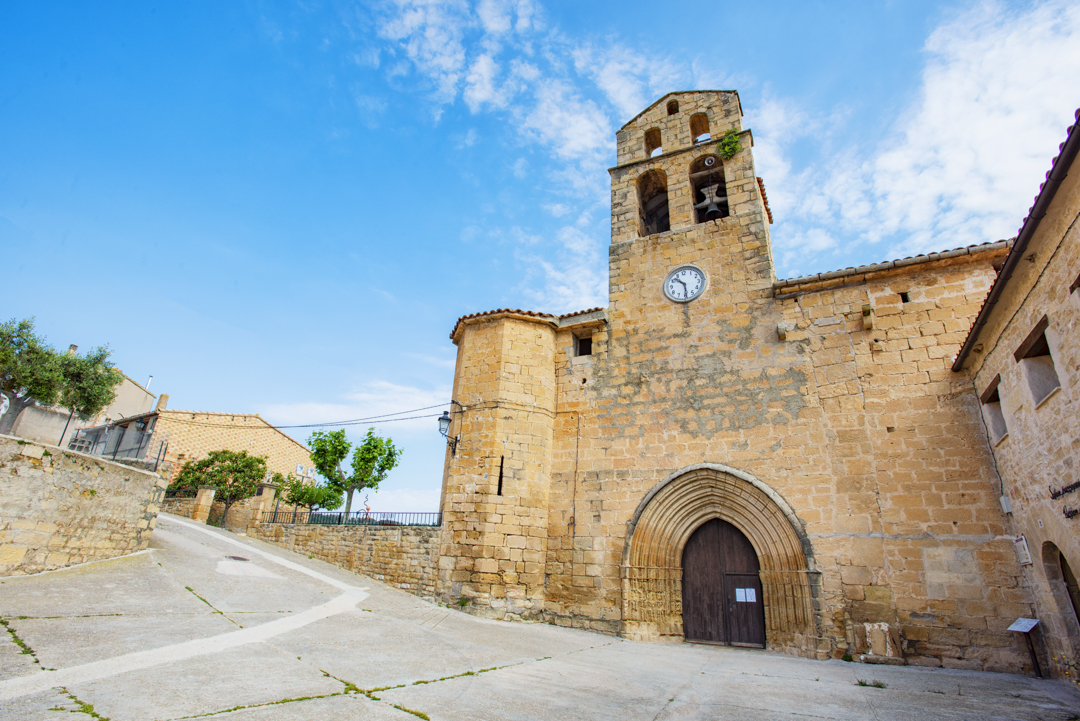 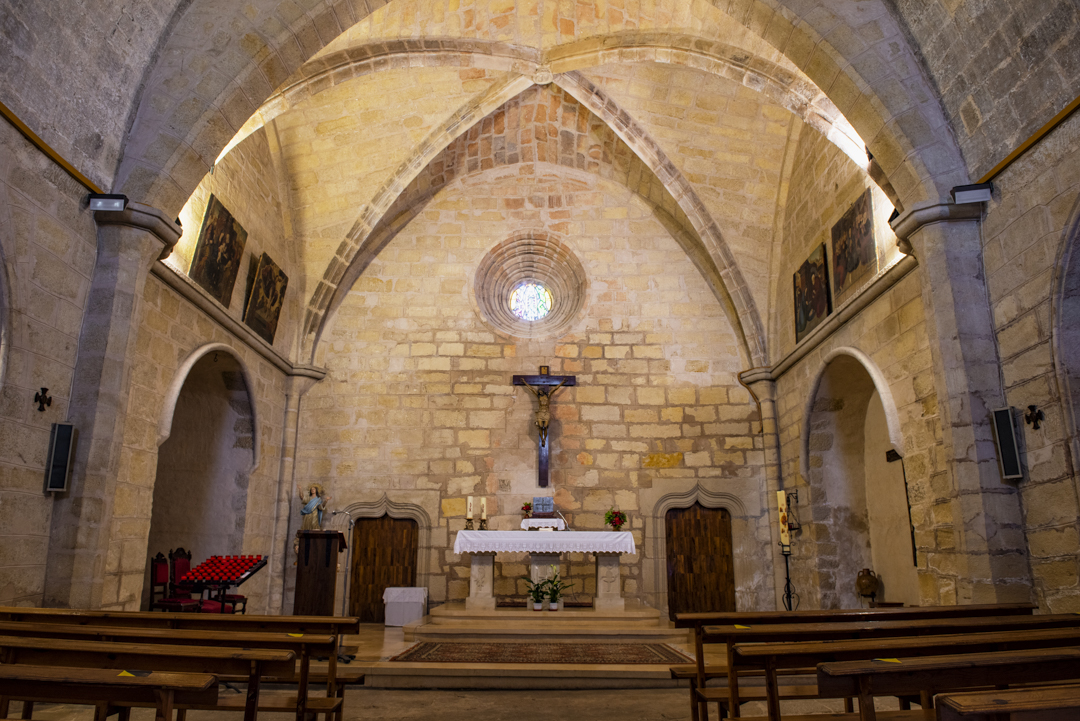 The church dedicated to “Nuestra Señora de la Asunción” is a work that, after the analysis of some stonemason marks and due to its style, can be dated from the end of the first half of the 14th century, between 1340 and 1350. Its high quality was recognized when it was launched as a “Bien de Interés Cultural” on February 8, 1984.

The “Ermita de San Hipólito” is about 6 kilometers from the village on a hill from which you can see a beautiful landscape and where there is a picnic area.

The construction that is preserved dates back to the 18th century, and an inscription with the date of 1721 can be seen on a small opening.

The hermitage is linked to the devotion to “Nuestra Señora del Refugio”, which began in 1647, when “Don Carlos Auruch”, an Italian ensign, arrived from Calaceite with an image of “Nuestra Señora”, staying as an hermit. The image remained in the place and through it favors and miracles are attributed. 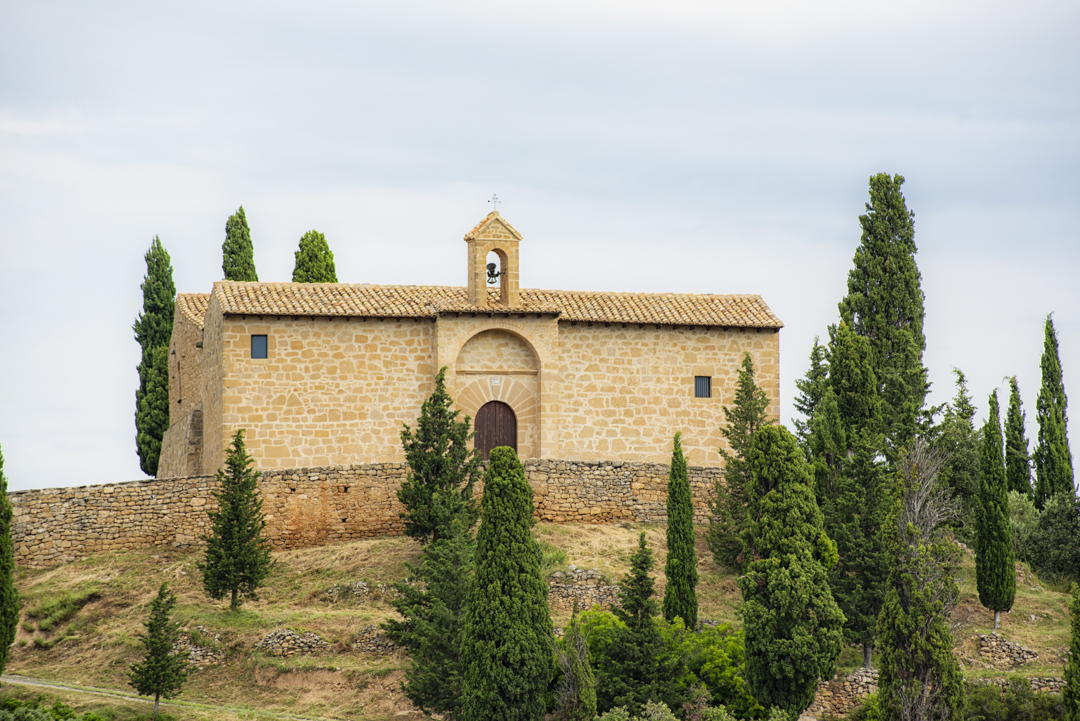 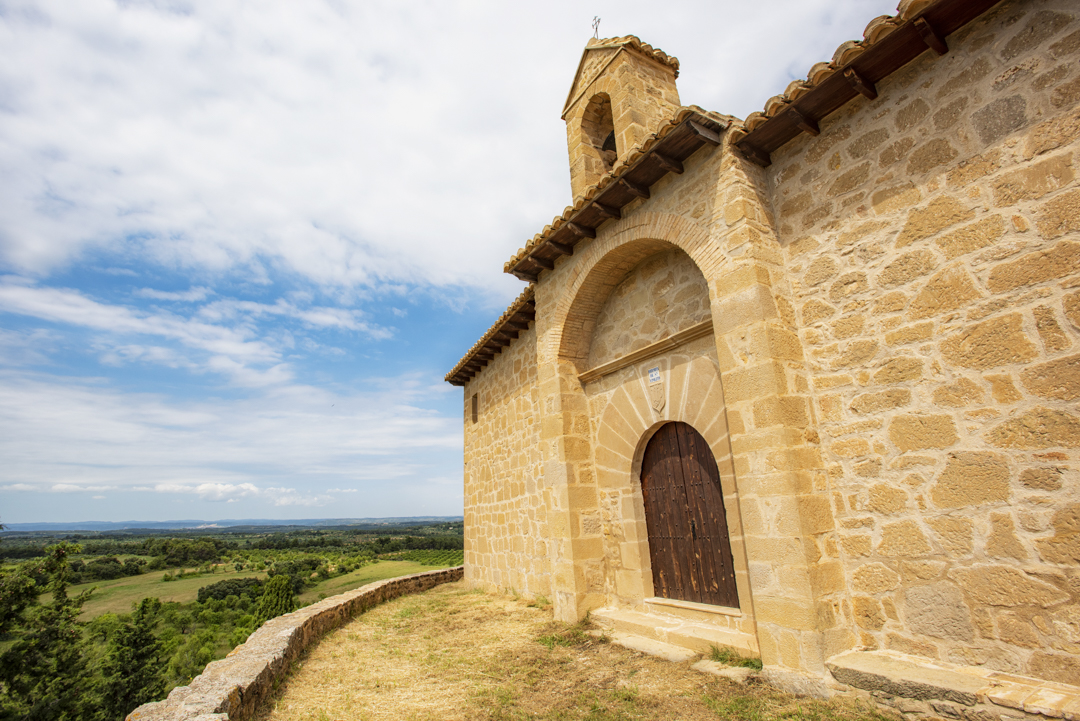 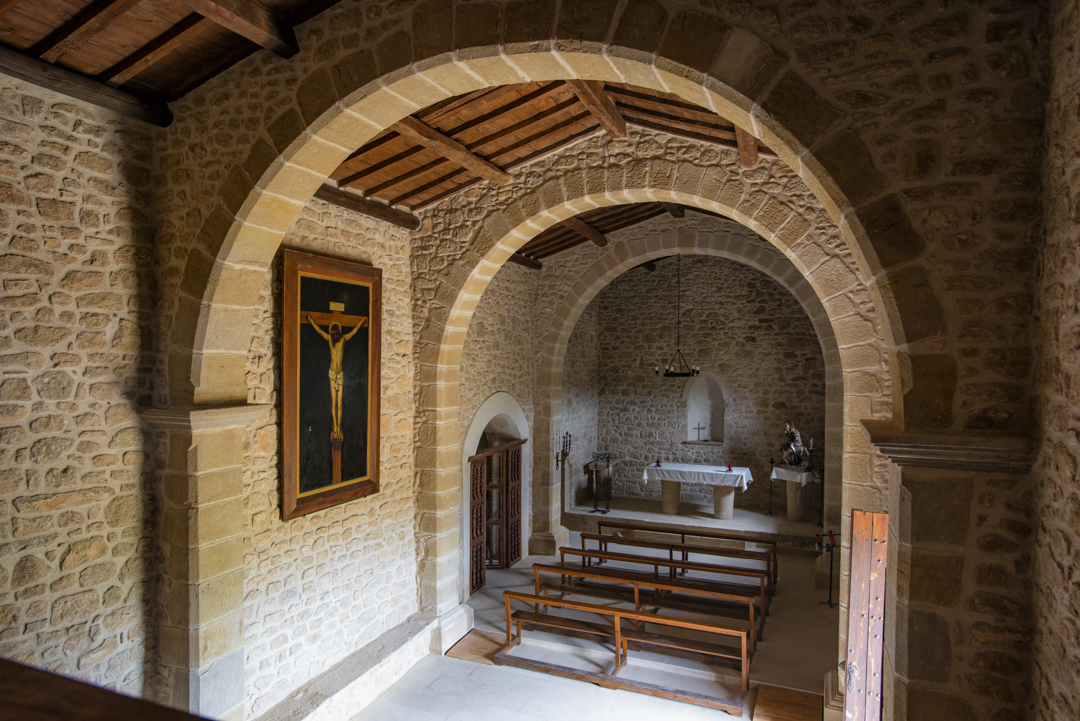 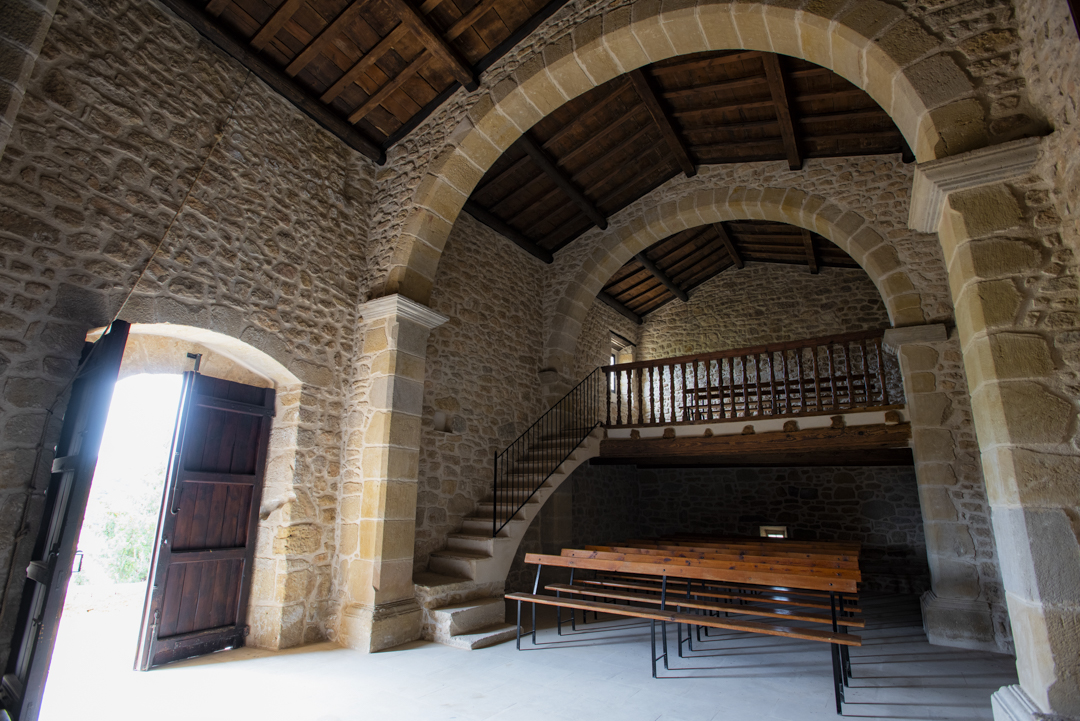 In our vellage on the night of January 5, the “Reyes Magos” come to the “Plaza Mayor”, preceded by their “pages”, where they distribute their gifts to children and adults with the collaboration of the “Asociación de Madres y Padres de Alumnos”.

On January 17 we celebrate “San Antón” with the traditional “offer” (auction). After mass the parish priest and the association go through the streets of the town to collect donations, fruits of the field, sweets, wine, cooked dishes … In the afternoon the collected is auctioned allocating the parish collection. In parallel, the “Asociación Cultural El Galeró” lights the bonfire in the sports center and later, once the night falls, they roast sausages, “chorizos” and bacon (chorizada or xorissada) that they distribute among the attendees accompanied by local wine, sponge cake or “coc ràpit” and “mistela”.

On February 5 we celebrate “Santa Águeda”, in the morning women go to the “Plaza Mayor” where “Jota” is sounding and “pastas” and “mistela” are offered. Then they go up to mass in honor of “Santa Agueda”. When they leave, they make a group aperitif and eat together. In the afternoon they organize a dance inviting men to it and have a snack.

On the first Saturday in May the pilgrimage to the hermitage of “San Hipólito” or as we say here “Sant Pol” is celebrated, early in the morning we go to the Church, the litanies are sung and we go up to “Creu Nova”, which is about five minutes on foot. Then with vehicles we went up to the hermitage, when we arrived the pilgrims gathered together again in the “era” and we went up to the hermitage. Immediately afterwards, we have lunch in groups until shortly before the mass in honor of “San Hipólito” begins, later the priest blesses the four cardinal points of our term and the City Council offers a “Vino Español” to all attendees as a preamble to the meal for crews scattered around the place. Children can also enjoy the day with several games. As evening falls we return to the village.

In July we celebrate San Cristóbal, after mass the vehicles are blessed and at night we have a popular dinner with orchestra.

In August from 12 to 15 we celebrate “Fiestas Mayores” in honor of “San Hipólito” and “Nuestra Señora de la Asunción”, with orchestras, activities for our elders and children, as well as costumes, fireworks and “correfocs”, we close them with a popular dinner.

Preceding, or after the “Fiestas Mayores”, the “Asociación Cultural El Galeró” organizes a Cultural Week.

On October 11 we celebrate “Nuestra Señora del Refugio”, patron saint of the village. 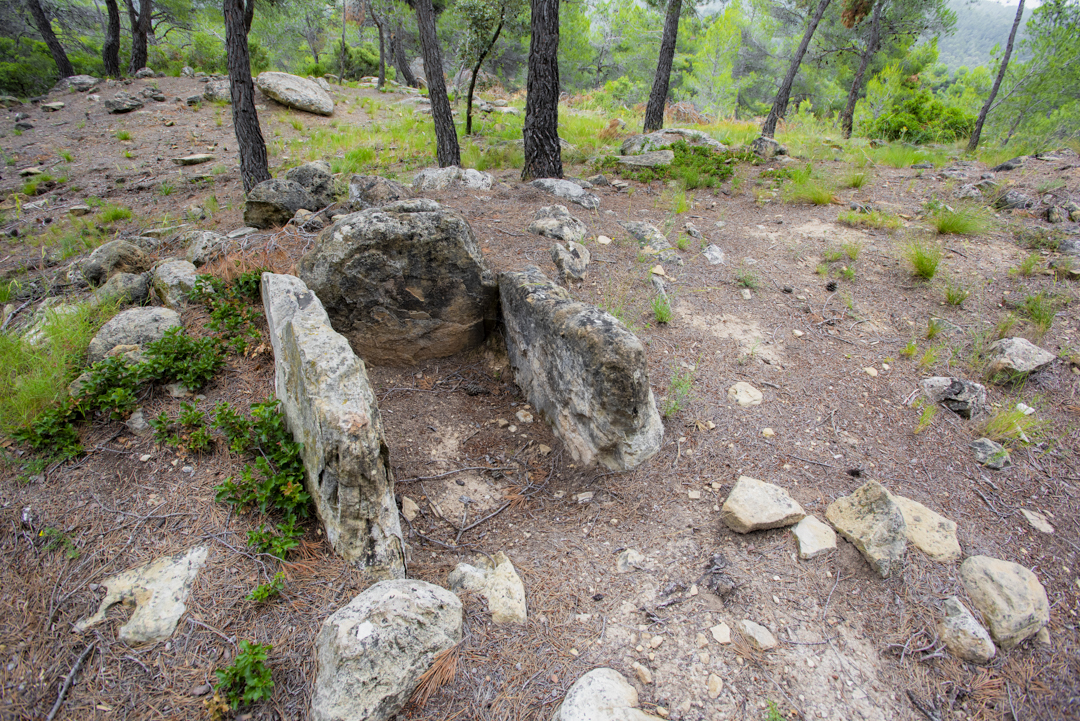